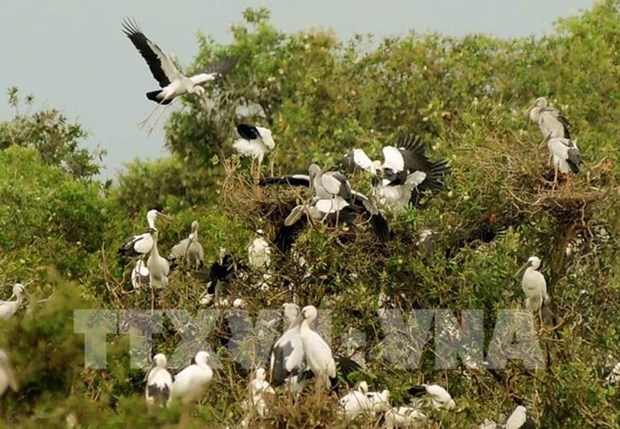 The annual event promotes the provinces’ tourism potential in culture, natural resources and traditional craft villages, among others.

It is expected to strengthen tourism linkages and lead to new inter-provincial tours.

The event also acts as a platform for travel firms to seek co-operation and introduce tourism products to customers.

Dong Thap province will coordinate with the central province of Quang Nam to set up a pavilion showcasing tourism products and cultural specialties of Cao Lanh town and Hoi An town.

The event will include a conference to review tourism linkages between the Mekong Delta and Ho Chi Minh City in the first half of the year.

As part of the event, a conference on agricultural tourism will be held to find ways to develop agro-tourism in the province in a sustainable and environmental friendly manner, Thanh said.

Nguyen Van Duong, chairman of the provincial People's Committee, asked the Department of Culture, Sports and Tourism to strengthen tourism development linkages with localities in the Mekong Delta and HCM City.

Ngo Quang Tuyen, deputy director of the department, said the province was focusing on community-based tourism to provide tourist experiences with homestays, orchid gardens and examples of local daily life.

The province has developed 73 community-based tourism sites, with most of them in Lai Vung District , Thap Muoi district and Cao Lanh city.

Many households have developed models of community-based tourism that have attracted many tourists and travel operators.

The Tourism Week event is a good opportunity for the province to promote trade, investment and cooperation in the tourism sector in an effort to make it a key sector in the province by 2020, he said.

The province welcomed 1.95 million tourists in the first six months of the year, a year-on-year increase of 2.6 percent.

Mekong Delta province hosts annual Culture and Tourism Week have 530 words, post on en.vietnamplus.vn at July 2, 2019. This is cached page on U.S News. If you want remove this page, please contact us.